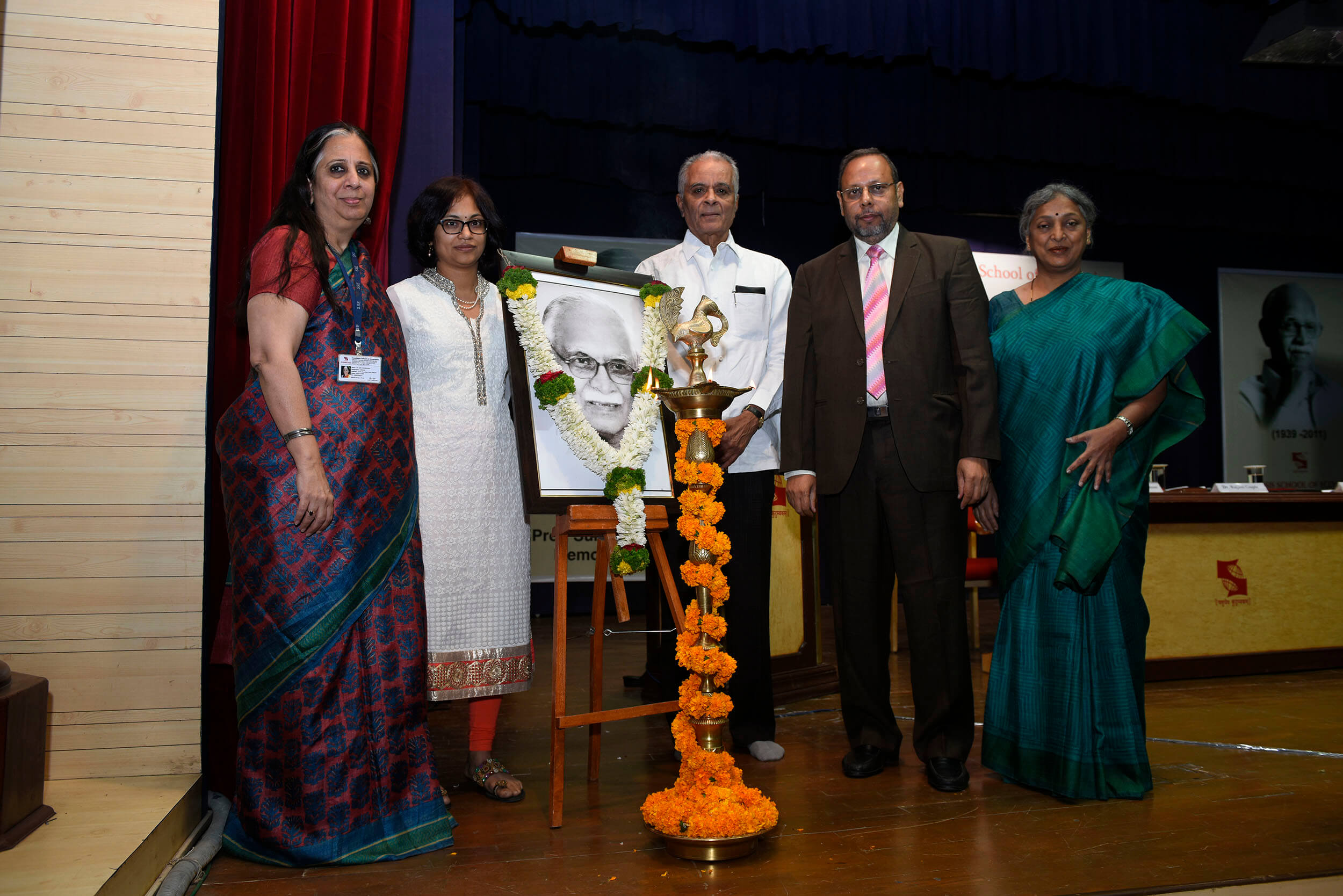 The Second Annual Professor Suresh Tendulkar Memorial Lecture was held on February 26, 2016 at the Vishwabhavan auditorium of the Symbiosis School of Economics (SSE), Pune. The presence of Founder President and Chancellor of the Symbiosis International University (SIU), Dr. S.B. Mujumdar and Dr. Rajani Gupte, Vice-Chancellor of SIU : extended their support to the initiative. The Tendulkar family, Mrs. Sunetra Tendulkar, the late professor’s wife, and Mrs. Saee Sapre, daughter and Mr. Mangesh Tendulkar, the professor’s brother and also a renowned cartoonist honored the occasion with their gracious presence.Prof Mahendra Dev, presently Director, Indira Gandhi Institute of Development Research (IGIDR) has been a student of Prof Tendulkar at the Delhi School of Economics and has enjoyed a long association with the scholar. This resulted in the natural acceptance of the invitation, to deliver the lecture on the subject ‘Economic Reforms, Poverty, and Inequality’.

Prof. Dev’s lecture was a study on the impact of the 1991 economic reforms on the Indian economy, especially in the area of poverty and inequality reduction. It was highly educative for the student body sitting in attendance at the auditorium, including both the Bachelor’s and the Master’s students. After the lecture was concluded, the floor was opened for the students to ask questions of Prof. Dev. Questions ranged from the efficacy of economic reforms in reducing rural poverty to comparisons between the UPA and NDA governments in tackling the issue.

The event was a true homage to the work and achievements of Prof. Tendulkar. Mrs. Saee Sapre, the professor’s daughter also chose this event to institute a new scholarship in her father’s name. All those who were associated with him, personally or professionally, spoke of the professor’s unique combination of intellectual integrity and commitment as a teacher and adviser and above all, his humility that always shone through in his work. The success of the second lecture has only paved the way for more excitement and anticipation for the next lecture, to be held in 2017.