The Vishwabhavan at S.B Road on 16th Aug, 2018, played host to Professor Maitreesh Ghatak from the London school of Economics and Political Science on the occasion of the 5th Suresh Tendulkar memorial lecture. This lecture series hosted by the Symbiosis School of Economics (SSE) has, over the years attracted distinguished economists who have elucidated on the various paradigms of poverty – a theme relevant given the late Professor Tendulkar’s extensive work in that field.

The Director Dr. Jyoti Chandiramani, warmly welcomed everyone present and stressed on how talking about poverty has become more relevant than ever given its status as a sustainable development goal. A short clip prepared by the film society followed outlining the journey of the lecture series over the years.

Professor Ghatak then took the stage and over the course of an hour laid bare the various facets associated with the question ‘Why is Poverty Persistent’? Drawing from his research at the LSE, Prof. Ghatak spoke of how there is a tendency to view poverty as something that only affects ‘others’ and how it really should be viewed as a problem of ‘stunted development’ - something that prevents societies as a whole from reaching their true potential. Elaborating further, he mentioned, if we think of economic development as matching talent with resources to create maximum productivity and prosperity of the economy, in that case anything that potentially excludes a large section of the population from developing that talent is the real problem of poverty in terms of lost opportunity.

Mr. Ghatak also mentioned how ‘mobility ‘is relatively low in India and in this respect there is some ‘threshold’ that needs to be crossed if one has to escape from the vicious cycle of poverty and enter the virtuous cycle of income creation. He concluded that to solve a problem as big as poverty, a big solution is the need of the hour- piecemeal policies do not work.

The session finished off with a round of questions from the audience followed by the vote of thanks proposed by the Deputy Director, Dr. Debdulal Thakur. 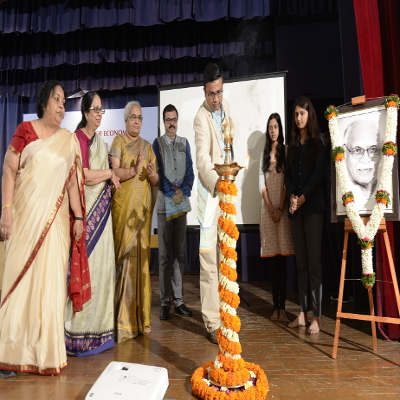 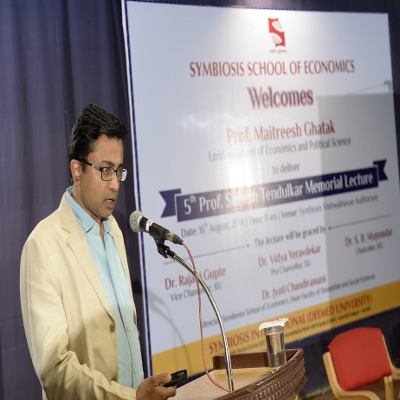 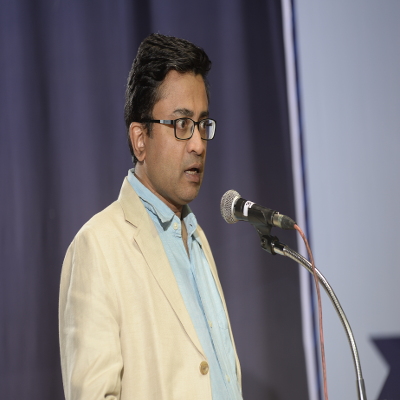 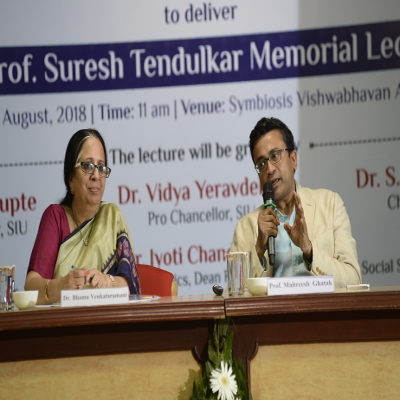