The Blood donation drive was inaugurated by the chief guest, Dr. Shirish Limaye, retired Professor, Head Department of Accountancy at SCAC, along with Prof. Jyoti Chandiramani, Director, SSE. Dr. Limaye in his motivational speech on social service quoted Swami Vivekananda "Only they live who live for others, the rest are more dead than alive". The inauguration ceremony was then followed by a singing performance to encourage the participants performed by Liza Khurana and Shreyak Shailendra. Soon after the performance the ribbon ceremony was initiated followed in order by Diya lighting and recitation of humble prayers.

This marked the official inauguration of the blood donation drive, managed and conducted under the supervision of Dr. Kalbag from Blood Bank BTO. Donors were checked for basic medical indices and provided with refreshments before and after the process. The refreshments included Idli, Bananas, Frooti, Oranges, Tea, Coffe, Parle-G, and Glucon D.

Volunteers from ENACTUS, Samarpan, MSc Council, and the ISR team were in charge of escorting the donors to the refreshment room and thereafter.

In the Blood donation drive, one can not just expect physical weakness but mental weakness as well. So to keep up the spirits of the heroes, a Hindi cinema movie called Shershaah and Zindagi Na Milegi Dubara was played.

The drive was a huge success, with 180 people coming to donate blood. Following the checkups and overall indices, 102 people were eligible for the donation and donated the blood.No severe causality was reported throughout the event.

At the end of the ceremony, all donors were presented with badges and certificates to mark their contributions. The drive was a success and the contribution of SUHRC Blood bank BTO, SSE MSc & Bsc council (Including Raga Club, Samarpan, Arthiniti, Enactus, Kalakriti, and ISR team) along with the volunteers and Photography club members. 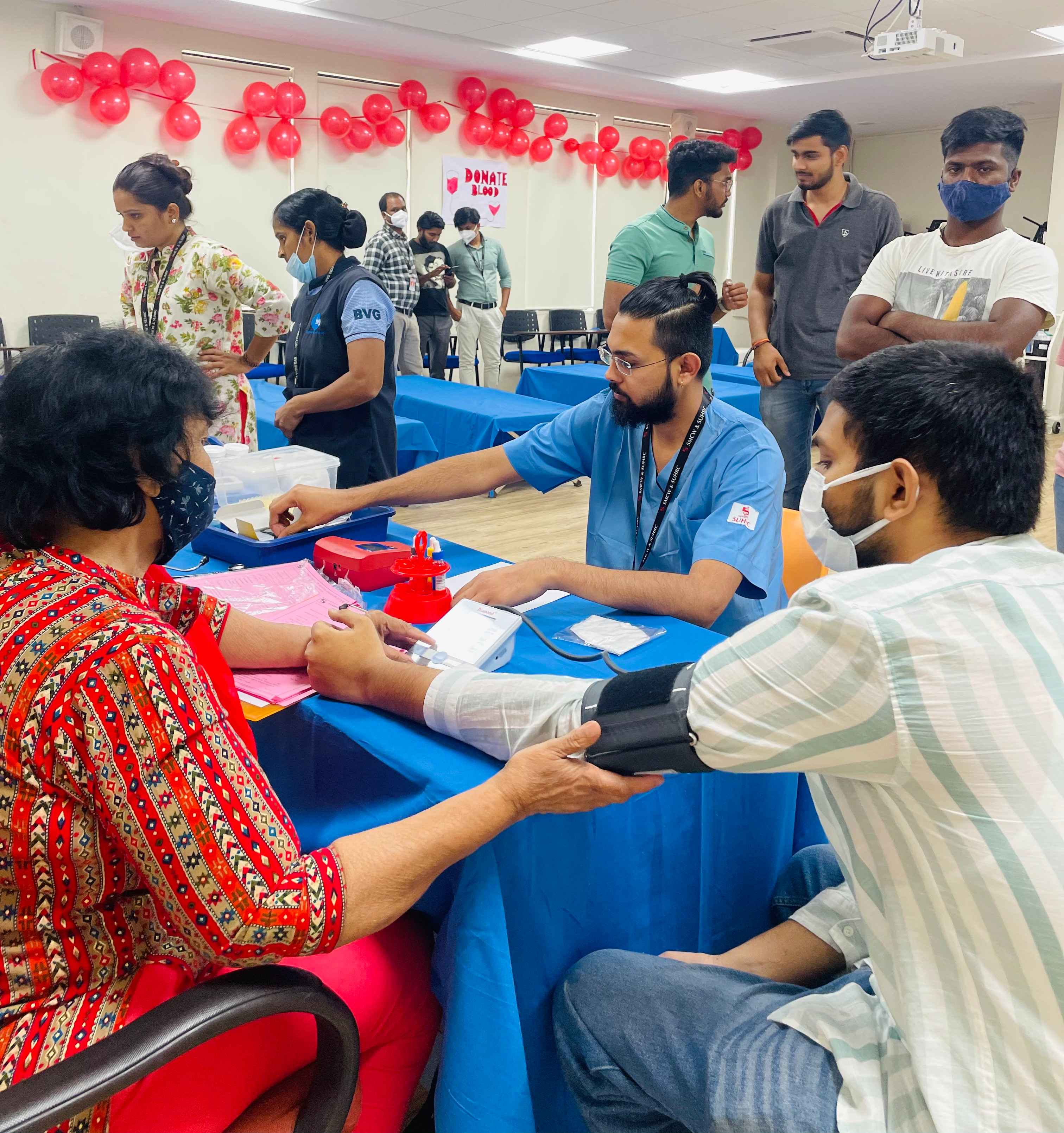